I got a couple of the Heltec CubeCell dev boards, I fired the first one up with the Lorawan sample code, set it to 915mhz, AT enabled, added the TTN keys and and it just worked and thought it was amazingly simple. Then 19hours later it just stopped… I saw a couple partial joins, then it’s never joined again. I pulled out the 2nd one, grabbed another known good 900mhz antenna and sma cable, same issue. My other nodes are working fine, so I believe my TTN gateway is running fine. On the Cubecells, both of of them sit on “Joining” if I watch via the serial port. I’ve tried varying distance from the gateway as well from 3 to 20meters.

I’m on 0.4 of the Arduino board manager software, restarted from the LoraWAN example(s) multiple times as well, not deviating from the sample code beyond enabling AT and LED support.

I noticed while I ordered the US 915 boards of Aliexpress, the side of the boxes both say 868. Are there different output filters for different boards, or do they support all bands regardless?

868 and 915 have only very few differences in hardware. It is difficult to find the difference in actual use without professional equipment.

I think your problem may be caused by Frame counter. Can you try keep the “LORAWAN_Net_Reservation” OFF? 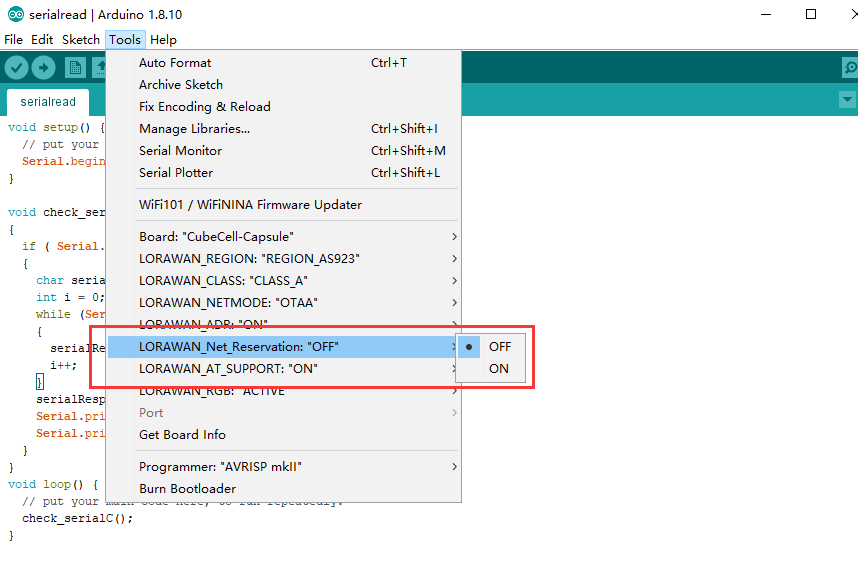 Hi Hunger, thanks for the reply. I did indeed try that with no luck. On one board I see it join sometimes, but does not continue after the join, here’s the output: