Problem when upgrading from version 1.00

I wanted to upgrade from 1.0.0 to 1.1.0. So I followed exactly the instructions given in the InstallGuide for Windows using git. 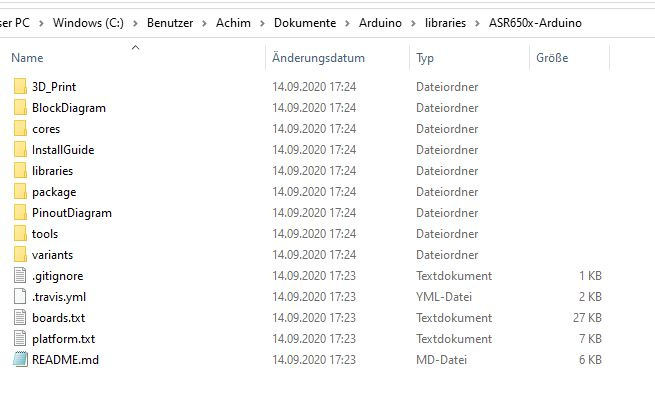 After installing the latest version the directory structure became like this: 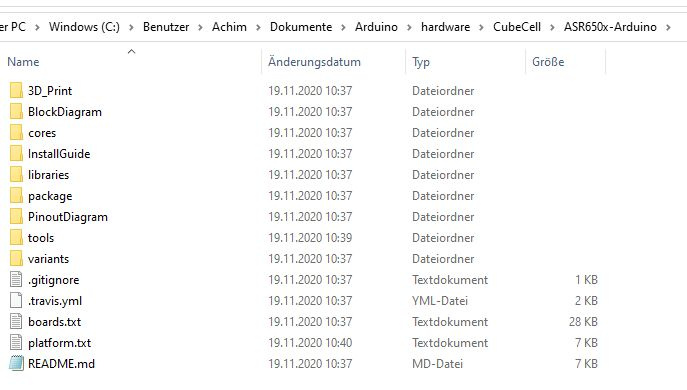 After that, when I started the Arduino IDE, it crashed immediately. As I wanted to use the IDE again, I copied the whole ASR650x-Arduino up to its old position and deleted the stuff below CubeCell.
Bingo! I could run the IDE again and successfully compile and run CubeCell programs, e.g. the i2c_scan.ino (with some changes to the original).

Hope this may help.