Heltec much lower activity/earnings compared to other

I have 2 Heltecs (and a few other manufacturered hotspots). The Heltecs are performing very clearly much lower than my Bobcats, Sensecaps and RAK. All are within the same region, they all can find similar witnesses in discovery mode, all are using the same antenna (mcgill 6dbi) at a similar height, around 1m above roofline of a 2 story house yet the Heltecs are sat earning 0.05-0.1HNT per day whilst all others are more like 0.5-1HNT per day. Looking at activity, they are not beaconing as much, they are also picking up very few witnesses even though disco shows 50+. What is more, looking at neighbouring hex’s from a different manufacturer, they are all performing fine (0.5-1HNT), it is almost as if the other manufacturers are ‘capturing’ the witnesses quicker than the Heltec hotspot can deal with so miss out on witnessing.

They initially performed well for 2 days, then instantly dropped off. The worst affected is Broad Golden Fly, the other one is Acidic Ginger Swift. To see what I mean by my others doing much better from different manufacturers please look at Abundant Brown Starling (next to BGF) and Ancient Sandstone Flamingo.

My question is, is this something to do with the firmware not updating to the network updates quickly enough? Maybe the Heltec components not processing witnesses quick enough? What other reasons would there be for Heltec to under perform so clearly compared with other hotspots in the same environment.

Hello, would someone from heltec please respond to this. It seems a lot of heltec hotspot owners are experiencing the same thing and this seems to be a heltec only issue as other manufacturers have recovered. Please see below discovery mode from Broad Golden Fly. How can there be so many responses from disco mode yet absolutely no PoC activity?

same here, I have two Heltecs, both are same not earning anything, they are in 0.00012

Same. My Heltec hotspot is in good location 15-20m height. Outdoor antenna.
But it has almost no activity at all. So far I heard only bad feedbacks about heltecs. Sad…

This is very concerning.

@Heltec u should respond

There were some early firmware issues that have been resolved by our technical team, we apologise early comparisons seemed bleak but these have now been fixed with recent updates.

Sadly the whole helium network has been unreliable for the past week and it has been hard to define where the cause of miner inactivity has directly come from. Recent testing shows as soon as helium is behaving normally, so should your hotspot

Discovery mode is the opposite of witnessing beacons.

In discovery mode the hotspot sends a signal for others to receive. When witnessing a beacon you need to receive data.

If you really think your hotspot is underperforming then please send me your loralog file(last 200 logs, uplink) so we can see if your hotspot might be affected by the low RSSI sensitivity issue.

Same problem here, mine is not eaning anything but around me other brands earns everyday and a normal amount of reward…What is going on with this devices?
here are the earnings you should expect with that device… 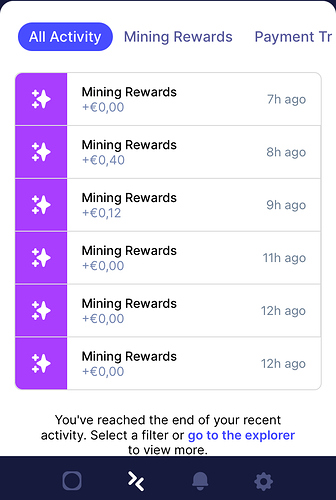 I face exactly the same. three heltec miners with zero rewards the last three weeks. 44158 is open and everything looks fine. Just no rewards coming.

hello, it looks like your hotspot is running now. did you do anything to solve the issue?

Are you talking about mine?

Broad golden fly seems to have picked up a little but it’s still around 1/2 to 1/4 what I should be seeing in my opinion (and what my neighbours are seeing with different manufacturers). I ‘reset’ 2 or 3 times, disconnected and reconnected everything, and then waited about 4 days and suddenly the last 24/48 hours it seems to have sprung to life. I am not sure if it was what I did or what heltec have done within the recent firmware updates.

Acidic ginger swift seems to have dropped off a lot too now.

I’m glad heltec have come back with that there was an issue with the firmware above as that explains it. I am hoping time is all that is needed.

I understand the difference between discovery mode and witnessing but they are closely connected, disco mode shows who I should be able to witness but as above I wasn’t witnessing anyone which was my main issue. I seem to be witnessing some now. Hopefully it continues as it should and everyone else’s pick up. I can see another thread re RSSI values which does cause some concern.

+1 to this problem. My hotspot hasn’t got any activity in the past 7 days; just 1 beacon 8 hours ago.
Expert Carmine Salamander

I can send you mine as I have 5 set up and all have the same issue!!!

Same, don’t have the feeling we are taken serious by Heltec.
I am witnessing almost no beacons, while I have witnesses all around me. Other brands with similar setups don’t seem to have these issues. I flatline for hours on end, while others aren’t, so you can’t keep blaming this on the network. 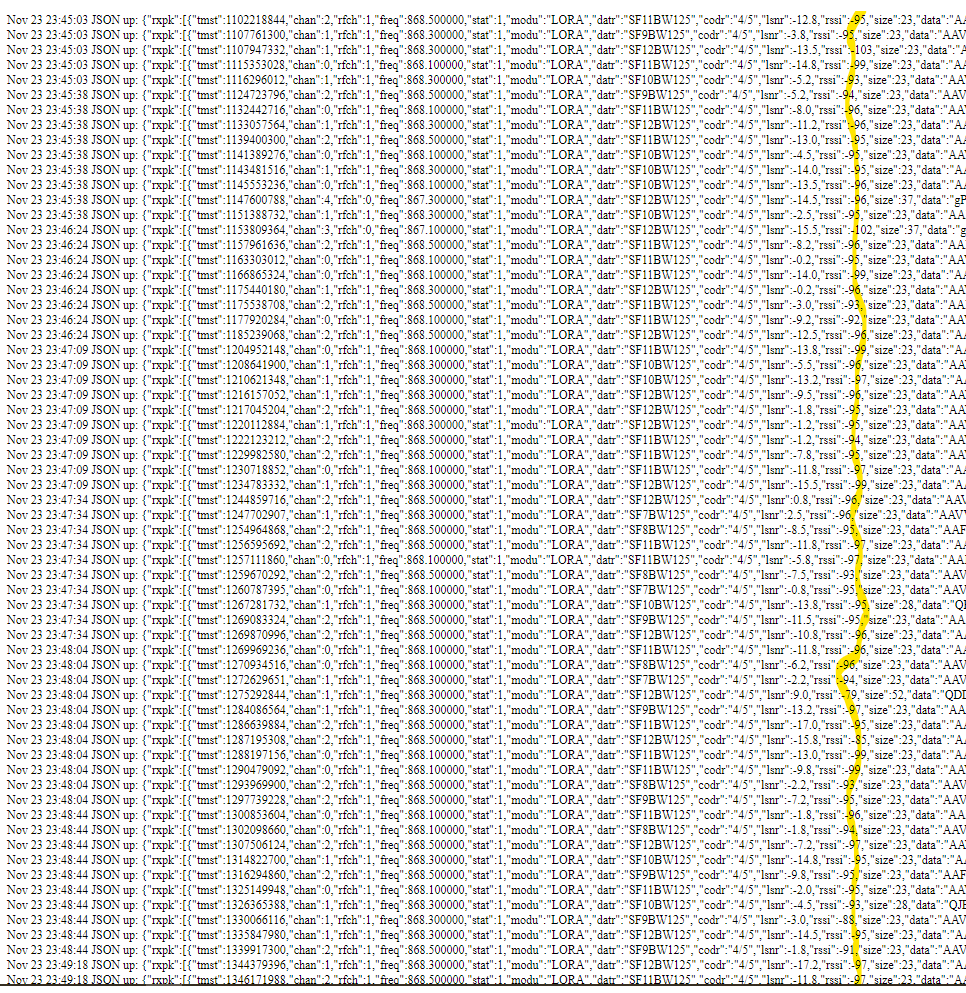 Here is my comparison. I have three units on the same spot for testing purpose.

Even relayed unit with very big loss cable perform better. I doesn’t understand at all. 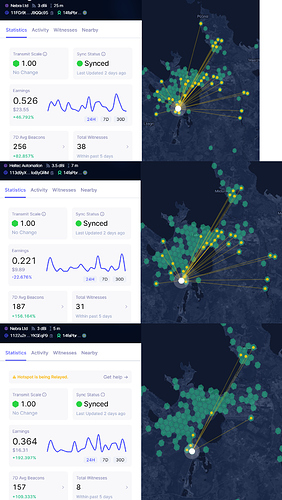 Now switched back to original antenna and wait couple of days to share some feedback then.
Not happy with these results at all.

Did you powered the unit on without the antenna plugged in first? if yes, then you have your answer, you have burned the amplifier.

Yeah, because it’s so easy to burn such low power transmitter.

It had happened already, check youtube before you speak.